The Positive Effects of NeurOptimal® Neurofeedback on PTSD

The positive effects of neurofeedback on PTSD have been studied in recent years. Here’s a look at what researchers are saying about how it works for our veterans suffering from trauma. In the most recent study, a team of dedicated professionals led by Drs. Robert Lloyd and Danielle Chavalarias donated their time to help veterans suffering from PTSD. Most of the veterans were Marines from the Miramar base. They had been taking medications and had also received counseling for years but their symptoms had not improved. Some of the common symptoms are listed below.

The disorder is defined by the symptoms and the traumatic experience that preceded them. Many veterans experience physical, as well as mental trauma during their years of service.

The trauma may cause them to experience:
-Anxiety
-Depression
-Insomnia
-Angry outbursts
-Difficulty dealing with stress
-Inappropriate responses to daily stressors

Other symptoms, such as sexual dysfunction, may also be present. Medications of different kinds are prescribed to help relieve the symptoms but there are no medications that actually “treat” post-traumatic stress disorder. In many cases, the medications cause unpleasant side effects, which is one of the reasons that PTSD sufferers are interested in alternatives.

The positive effects of neurofeedback on PTSD include improved sleep, increased energy levels, a more positive attitude, lessened depression, ability to deal with stress and daily stressors, reduced anxiety, and improved self-esteem. Tests conducted after treatment revealed that some of the vets in the study no longer suffered from post-traumatic stress disorder at all. You could go so far as to say they were cured.
One of the veterans in the study had been a heavy drinker. He was using alcohol as his chosen form of medication. After just a few sessions, he was able to stop drinking, he felt better about life, his memory improved and he felt happier in general.
The positive effects of neurofeedback on PTSD are truly exciting. Different methods of the training exist and one program might not be as good as another. If you are interesting in trying neurofeedback, be sure to choose a good program. 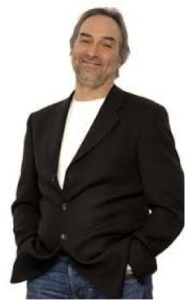